A battery of options

Most International Schools are PreK-12/ K-12 private entities. They serve the needs of the expatriate and local communities in their countries.

In addition there are US Department of Defense School (DoDEA) in 14 foreign countries. The DoDEA also recruits many support personnel ― secretaries, office workers, technicians. The British Ministry of Defense (MOD) also operates a network of overseas schools. Since no Canadian overseas bases exist any more, all Canadian international schools are private.

Work is not travel. Rather than comparing countries, research the schools. Pay attention to the following:

Owenership. Is it a for-proft or a non profit? The proliferation of commercial for profit international school is a major change in the recent years. Most new startups are for-profit proprietary schools that are operated as commercial ventures. They may pay better but your experience is probably going to be more satisfying at the traditional not-for-profit schools subsidized by US embassies and parents. Whatever money they make they spend it on teacher salaries and school development.

Curriculum Type: For example, if your qualifications and experience are related to the US school system, a school that employs a British National Curriculum (NC) will not be your best option. Fortunately, a lot of international schools employ the IB curriculum (International Baccalaureate). Once you are hired the IB training is usually provided by the school.

Student population: the proportion of expatriate and national students makes a large impact on the school culture. Ideally, you want a mix of various nationalities with a meaingful presence of native speakers of English in the classroom. 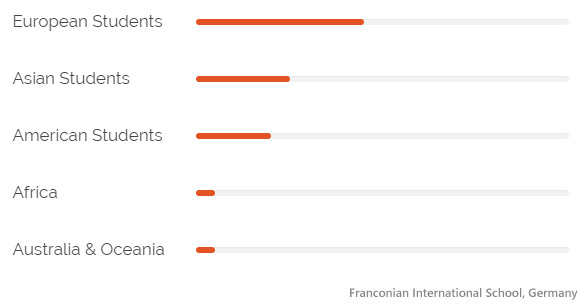 Accreditation: you will want your prospective school to be accredited by one of the major international organization. Why is it important? Because an accreditation involves a rigorous review of the school over a year or longer. Consequently, the chances that your recruiter operates illegally are diminished greatly. Those who neglect to do their homework are more likely to end up working for a questionable employer under an illegal contract.

Size and location: urban or rural. While the majority of international schools are urban, there are also remote programs such as in the Namibian desert, Caribbean and Pacific islands. Certain parts of the world are so problematic that you should probably avoid them altogether, e.g. Mautitania. For more information, download our Insider Guide.

Compensation. More than a salary! 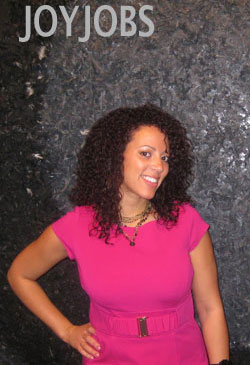 “Thanks so much! I think your website is AWESOME! And your customer service and immediate attention to detail surpasses that!

“It makes me feel glad that you care about the individual person and not just like a "factory" so they can buy your product or whatever.

“Just accepted an offer to teach Music and ESL with a great school in Ecuador. Thanks for your support. Here's how JoyJobs helped me do it.

—JoyJobs provided the lead. Moral: Check the job board everyday and follow-up immediately.

JoyJobs newsletters kept me motivated and taught me to:
— Get a professional looking pic for employers to look at.
— Streamline my resume and especially my cover letters.
— Know what to put in my resume and cover letters (what schools are looking for in applicants).
— Practice my Skype skills and pay attention to lighting and audio details that support a positive Skype communication. And so much more.

“ I wanted to thank you for helping me get a job. I recently was hired at a school in Macau based off of one of your posts. Your website postings and personal webpage made it possible for me to implement a marketing plan that was easy and effective. Thank you very much.

“I have had five offers for full time teaching positions overseas and I only registerd as an intern as I am a new Bachelor of Education graduate. The director was impressed by the offers I was receiving as he only marketed me as an intern. Thanks for providing me with the tools for a slick image!

“You're awesome. I found your site because many people on a Facebook international teachers group mentioned it as great way to find a new position. I'll be certain to let everyone I know how great your site and especially your customer service is - great experience!

“Your service is definitely worth every bit we paid! We have even recommended Joyjobs to friends as well. Will the newsletter continue to be sent out even after you both are working overseas again? I hope so!

“ It seems that they prefer native English speakers. This is the biggest obstacle non native English speaker have to deal with. In spite of this I am still doing well and managing in exploring new places with job as a teacher. All my three achivements so far are coz of joyjobs and your constant support.

“ You stated that even if people did not attend job fairs not to give up as many schools did not attend the fairs. Well, I listened and dared to believe; and I just landed an Administration job in Kuwait. Again thank you, as I had almost given up hope!

“I want to thank you for your excellent product. My husband and I have been extremely impressed with the quality and thoroughness of the information you've provided.